Athletes fear failure. I find it hard to believe someone who says they don’t. This fear will do two things; motivate you to never fail again or it will break you down and create a fear that holds you back and limits your potential. I REFUSE to let fear of failure break ANY of my athletes. This is not going to be a normal blog post here at 1RM Performance. I want to address the elephant in the room that so many athletes and parents have lost the ability to deal with and forget exists.

A Society Where Everyone Wins.

We live in a society where everyone wins. We live in a society where failure is not an option because we all win. (Not the mantra, “failure is not an option” because we will work so hard that we refuse fail.) I hate to say it but we don’t all DESERVE to win. I believe we have developed a false sense of success, and have lost the ability to cope with and move on from failure. Yes, I would say society has created soft and mentally weaker athletes. This could just be the region of the country I live in. I know it wasn’t like this when I was growing up.

This mentality is not welcomed in our gym. I come from a family in New Jersey that is as blue collar as it gets. I shared a tiny room with two sisters till I was in 7th grade; my big sister was in 9th, and my little sister in 5th. My dad bounced between jobs growing up, being let go from time to time. I remember a day in 2nd grade that he picked me up from school sick, because he was just let go that day. He told me to have a career and do what I love. Don’t bounce around from job to job like he was doing. I could hear the sadness and disappointment in his voice as he spoke those words. I love him for that. He reffed between 70 and 80 high school hockey games a year so we could have Christmas and make bills. My mom is a special education teacher and always does things to bring in extra money. I remember crying to my mom while taking a bath in 5th grade, saying I wanted to quit football because I was tired of getting crushed every day at practice by Brandon Perez. She looked at me, and said you never quit anything you start. And that was the end of the conversation.

We were not well off what-so-ever; far from it. I started working the moment I knew what it took to earn money, shoveling the snow of my grandparents’ house when I was 8 to earn a two dollar bill.

1RM performance has grown from nothing but a dream. Melissa and I began this business out of our cars, in garages, and at fields. We have had no investors, no presents, nothing handed to us. Every piece of equipment has been bought in time, as the funds allowed. Before the current facility, I was training out of a 347 square foot “closet”, in the front room of a batting cage. It was grungy, missing ceiling tiles, air conditioning vents and lights hanging from everywhere. After a busy day of training I was always greeted with a smell of mildew from the sweat in the carpet. Athletes knew they were there for one reason and one reason only, to become a badass athlete. Visually nothing matters when you are training hard, and giving it your all. I used every single square inch of that room, and I’m sure there has been sweat, tears, and chalk on every inch of that place. I added my own tears, the day I took the last piece of equipment out of there. Yes, actual tears, I am 100% invested in my career, love everything that I do, and every single one of my athletes. My athletes have become my family out here. (The first tears were shed in the new facility a few months back)

Over the past year, I watched a friends business fail and him lose everything he tried to build. Three weeks ago an athlete I work with, attempted a 300 lb bench, without a spot and dropped it on his face (he is lucky to be alive). This past week I watched an athlete break down because he didn’t know how to deal with failure, and he let it hold him back from trying again. I have seen myself fail in the finals of two separate volleyball tournaments this past summer. And I see myself and athletes fail on reps on a weekly basis for many different reasons. Failure is everywhere. 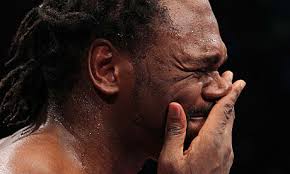 When facing failure and adversity, we are all given two options: fix what went wrong and grow from your mistake, or let your failure define you as an athlete, business man, dad, and so on. We as human beings must have the desire to grow and move on. We must experience failure, in order to learn how to get over, move on, and continue our lives. In College, me and my buddies would call it, "growing our 'get out of shit' muscles”. I’m pretty strong in that realm of training.

It drives me crazy to see kids these days that lack the strength mentally and physically to grow and cope with failure. I have never met a person in my life that has never failed. As I have gotten older I have learned to accept failure, and I know that I will not let it define me. Someone once told me, that someone who accepts losing is a loser. I would disagree. I have lost plenty in my life it has made me an even stronger individual.

On Monday, after my athlete broke down, because he was afraid to fail at another showcase, I gave him a little example of what it feels like to fail. He was doing Russian leans in the GHD. I had him complete rep after rep until he couldn’t get back up. After each rep he couldn’t figure out why I made him do another one. Upon the rep that he finally failed, I helped him up and asked him what just happened. He said he wasn’t strong enough, tired, quit, lost, doesn’t know, did to many reps. It wasn’t until I told him to think about a 4 letter f word that the light bulb went off. He instantly started smiling. I asked him if it was bad, he said his legs hurt, but no. I asked him to do another, and he completed a rep. So then again I asked what he learned. And he said that he can still succeed after failing. He said, failing is painful, but doesn’t stop you.

I take my job as a strength coach to a level not many other strength coaches do. Like I said before I am invested in every one of my athletes. Kids don’t just walk in the door; I work them out, and leave. We connect, we learn from each other, and yes, they become stronger and healthier. I do a heck of a job with every single one of my athletes both physically and mentally. I like to say I create monsters. New athletes look at me like I’m crazy, but understand within a few weeks what I mean.

Athletes, parents, and coaches, let’s fix this problem. Don’t pretend that failure doesn’t exist. Don’t let every kid win, and don’t compliment poor performances. ESPN has a top 10, there is one Heisman trophy winner, one NBA MVP, and only one greatest. If you want your kid to be the greatest, understand that there will be failures along the way. Be real, accept and grow from your failures, and become an even stronger YOU.

Bobby is owner of 1RM Performance, a premier training facility in San Diego. A Jersey born strength coach who lives with passion, he is one of the few strength coaches to blend the science of Dynamic Neuromuscular Stabilization with today’s latest sports performance models. Bobby believes that blending these two concepts allow his athletes to see the greatest gains, move most efficiently, ultimately creating monsters on the field and in the gym.   His foundation as a strength coach is based on the two ideas,    “the little things are the big things” and “to never stop growing” in the gym and in life.

More in this category: « Hip exercises benefical for Anterior Knee Pain Assessing Beyond The FMS »
back to top

Latest from Our Blog